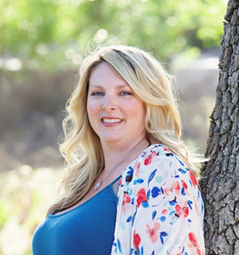 Mrs. Bakoo began her career in education as an Mathematics teacher at North High School in Bakersfield in 2002. In 2004, she relocated to Santa Clarita Valley and taught at Hart High School for two years, followed by seven years at West Ranch High School.  While at West Ranch, Mrs. Bakoo was also the mathematics department chairperson, academic intervention coordinator and an administrative intern. In 2013, Mrs. Bakoo became an Assistant Principal at Rio Norte Junior High School.  She transitioned to Arroyo Seco Junior High in the fall of 2017.  In her time as an administrator, Mrs. Bakoo has led the Professional Development Team, the English Learner Program, Special Education and College and Career Readiness.  She also collaborated with school and community partners to design, develop and staff a student wellness center on campus, The Break Room.

Mrs. Bakoo has a Bachelor of Science Degree in Mathematics and a Master’s Degree in Administration of Education from California State University, Bakersfield. She has taught credential classes for CSU Bakersfield in the areas curriculum and classroom management and presented at the California League of Middle Schools conference on the Common Core Mathematics Standards.

When asked about her new position as the principal of Tierra Linda Elementary, Mrs. Bakoo replied, "I am thrilled to be given the opportunity to lead such a high functioning school.  My family and I are excited to become a part of the Camarillo community, and I look forward to serving the staff, students and their families."

This is the disclaimer text. It should wrap, then the bar will grow in height if more space is needed. The blackboard footer will center if disclaimer is not being used and the background will be one color.
Copyright © 2002-2022 Blackboard, Inc. All rights reserved.